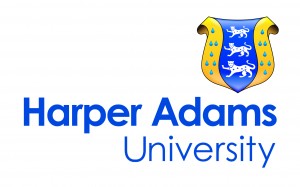 Comedy stage hypnotist Simon Sez was booked to perform at Harper Adams University in Shropshire in January. This world famous agricultural university is preparing the next generation of farmers, veterinary staff and all those who will safeguard our livestock and our green and pleasant land.

I was given an unusual brief for this student show – funny but clean. They had used someone else before and the whole thing had got out of hand and they were looking for a “step up” in terms of entertainment. I took that to mean “classy” and so it was. Gone were the stereotypical excesses of no limits student performances and in was fun. You don’t have to swear to be funny.

The show was originally booked for 60-90 minutes but we were on stage for over two hours – it was hilarious !! 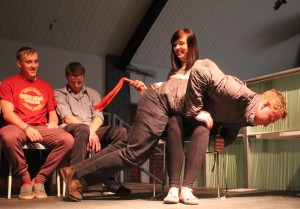 This was the first time I had been ably assisted by Kimberly, who became “Mistress Kimberley” in preparation for flogging “naughty boys” over her knee. We also had the boys lap dancing for the girls and they realised it’s a bit more difficult than they thought !!

Of course we had lots of the old favourites like Cow milking race (which was perfect at an agricultural college), forgetting numbers, can’t count, missing fingers, dancing with the sexy Molly Mop, laughing & crying etc etc. 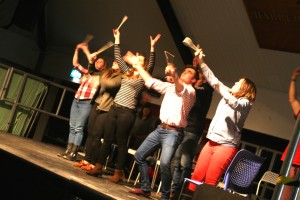 A great time was had by all and thank you to the organisers for being so professional. That is quite some sound system you have. Look forward to seeing you again for lots more fun next year.